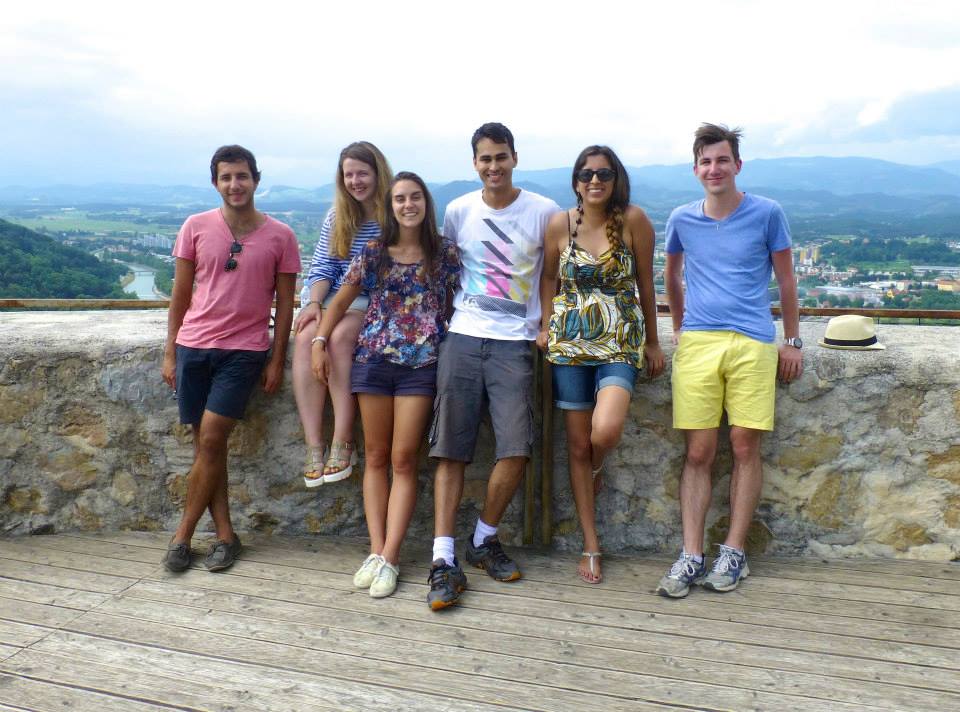 Our current Club President Martin tells us about the experience of a lifetime on a Slovenian Round trip.

“I was lucky enough to go to Slovenia along with 5 rotaractors from Colombia, Mexico, Czech, Ukraine and Serbia.

Slovenia is a beautiful little country in central Europe. It is slightly smaller than Tasmania but there is an abundance of natural forests and mountains and the city is always bustling with festivals and things to do in spite of the small population.

Whilst in Maribor, the first place we visited, we were fortunate enough to try some of the best ice cream in Slovenia and to party to the beats of the local music until the early hours of the morning at one of the clubs. While travelling from city to city, we managed to visit many monuments and attractions. Some of the highlights include a guided tour of the Old Castle Celje where a musical performance was staged just for us and spending the day at the roman built spa “Rimske Terme” which is built over a natural thermal spring.

In the city of Bled we explored the famous church on a little island in the middle of Lake Bled and an underground cave network just under 2km long. Sailing along the Adriatic Sea on the coast of Slovenia and Croatia was definitely an experience I would recommend. Though the trip was filled with lots of exploring and trying Slovenian delicacies, the best part was meeting amazing people from around the world and being welcomed like we were a part of the family everywhere we went.

Slovenia is a place of great beauty and has many jewels that should be discovered by as many people as possible.”